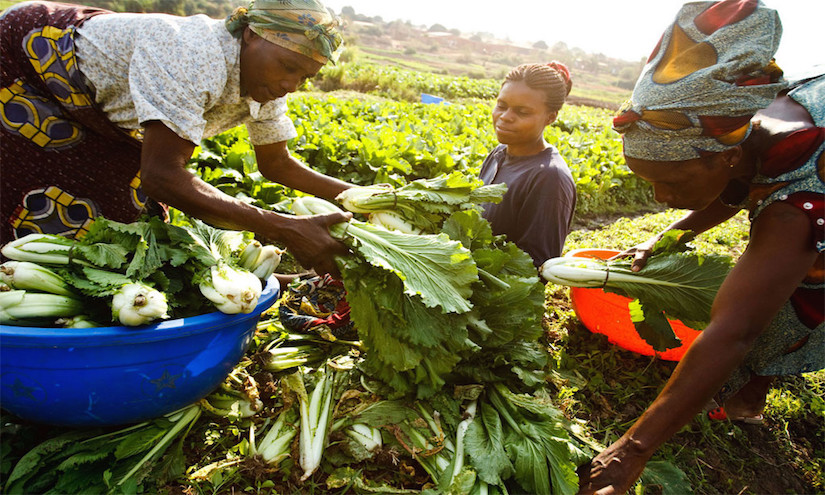 All community members are given opportunity to learn, and engage with food through Slow Food project, 10,000 Gardens in Africa.
Slow Food London

Approximately three out of every four Africans are 25 years of age or younger. Many of these individuals are also food insecure, with roughly a quarter of the estimated 842 million chronically hungry people in the world living in Africa. The Slow Food Foundation for Biodiversity has re-launched a project aiming to engage these youth in sustainable food and agriculture systems.

Originally started as one of their main projects in 2012, the project created 1,000 gardens over two years in schools, communities, and urban outskirts in 30 African countries. In 2014, this initiative became the 10,000 Gardens in Africa campaign, with the objective of creating 10,000 gardens across the continent, and the mobilization of a network of young African leaders dedicated to preserving biodiversity, traditional knowledge and food culture, and small-scale agriculture. Here are seven reasons why you should know about the 10,000 Gardens in Africa project.